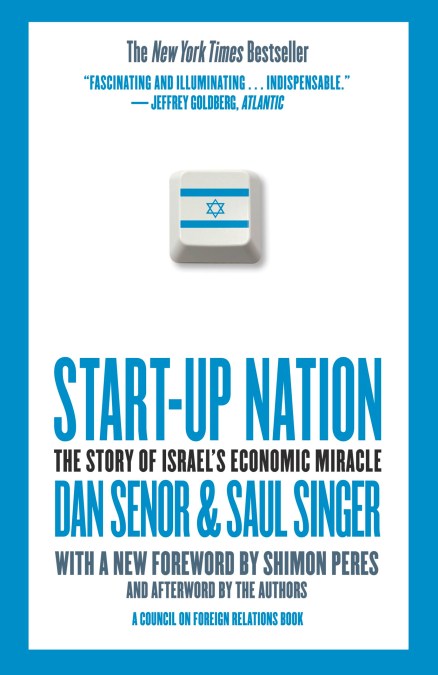 by Dan Senor by Saul Singer
What the world can learn from Israel’s meteoric economic success.
Start-Up Nation addresses the trillion dollar question: How is it that Israel — a country of 7.1 million, only 60 years old, surrounded by enemies, in a constant state of war since its founding, with no natural resources– produces more start-up companies than large, peaceful, and stable nations like Japan, China, India, Korea, Canada and the UK?

With the savvy of foreign policy insiders, Senor and Singer examine the lessons of the country’s adversity-driven culture, which flattens hierarchy and elevates informality– all backed up by government policies focused on innovation. In a world where economies as diverse as Ireland, Singapore and Dubai have tried to re-create the “Israel effect”, there are entrepreneurial lessons well worth noting. As America reboots its own economy and can-do spirit, there’s never been a better time to look at this remarkable and resilient nation for some impressive, surprising clues. 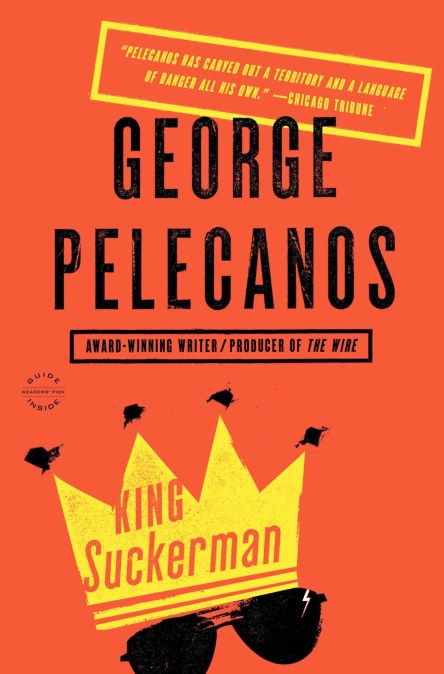 by George Pelecanos
In the summer of 1976, the nation’s capital is gearing up for the Bicentennial. Captain Beefheart’s on the eight-track, and the hot new film “King Suckerman” has everyone talking. Two knockaround guys named Clay and Karras are out looking for trouble when they stumble onto a drug deal gone bad and end up with a pile of money that isn’t theirs. When the well-armed dealer starts spilling blood to get to the cash, Clay and Karras must take a stand, go straight, and get justice–or maybe just sweet revenge.

by Jessica Cutler
The Capitol Hill aide who scandalized Washington, D.C., with her blog has now written a sharp, steamy, utterly unrepentant novel set against the backdrop of the nation’s capitol.

When Jacqueline Turner’s fiancÉ gives her two days to move out of his apartment, she has no choice but to leave New York City and crash with her best friend in Washington, D.C. She needs an exciting new life–not to mention real employment. Where better to get a fresh start than the nation’s capitol?

Alas, D.C. turns out to be a lot more buttoned-up and toned down than she’d hoped. It’s a town where a girl has to make her own excitement–and Jacqueline Turner is just the woman for the job.

From the married presidential appointee who gives her cash after each tryst to the lascivious Georgetown lawyer who parades her around like something out of Pretty Woman, Jackie’s roster of paramours grows so complicated that her friends ask her to start a blog so they can keep up. But in a small town like Washington, the line between private and public blurs very easily, and Jackie quickly realizes this blog idea may be more than she bargained for.

Deliciously gossipy and impossible to put down, The Washingtonienne is every bit as steamy and outrageous as the real-life exploits that inspired it. 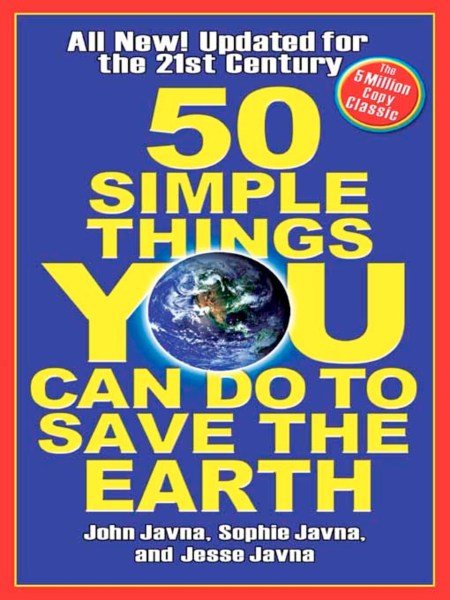 50 Simple Things You Can Do to Save the Earth

by John Javna
Together, We Can Make a Difference

Today’s environmental problems may seem too overwhelming for one person to tackle . . . but you don’t have to do it alone. Now you have partners–50 of them.

50 Simple Things You Can Do to Save the Earth, the revolutionary 1990 bestseller, is back in a completely revised, updated edition . . . and it’s just as innovative and groundbreaking as the original. The authors have teamed up with 50 of America’s top environmental groups, including The Natural Resources Defense Council, the National Wildlife Federation, and Rainforest Action Network. Each group has chosen one issue and provided a simple, step-by-step program that will empower you and your family to become citizen activists in the fight to save the Earth.

It’s easy to get started. Just pick one!

All it takes is a little effort. When we work together, we can work miracles! Get started now! 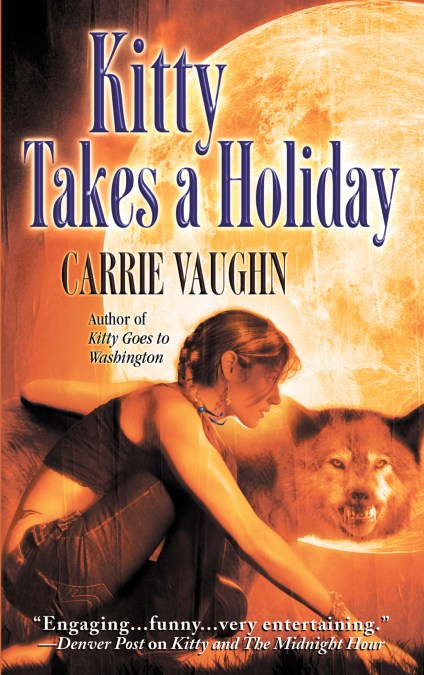 by Carrie Vaughn
After getting caught turning wolf on national television, Kitty retreats to a mountain cabin to recover and write her memoirs. But this is Kitty, so trouble is never far behind, and instead of Walden Pond, she gets Evil Dead. When werewolf hunter Cormac shows up with an injured Ben O’Farrell, Kitty’s lawyer, slung over his shoulder, and a wolf-like creature with glowing red eyes starts sniffing around the cabin, Kitty wonders if any of them will get out of these woods alive…

by Tessa Elwood
The Ruling Lord of the House of Galton is dead and the nation is divided. Kit Franks, a nobody escalated to infamy since her mother bombed the House capitol city, wishes she were dead, too. Then Mom-the-terrorist starts showing up on feeds and causing planet-wide blackouts and Kit becomes a target.

Kit’s inundated with half-truths, betrayals, and the coded subtext in Mom’s universal feed messages meant for her alone. Everyone from family to government enforcers seems to have a vision for Kit’s future. The question is, does Kit have a vision for herself? 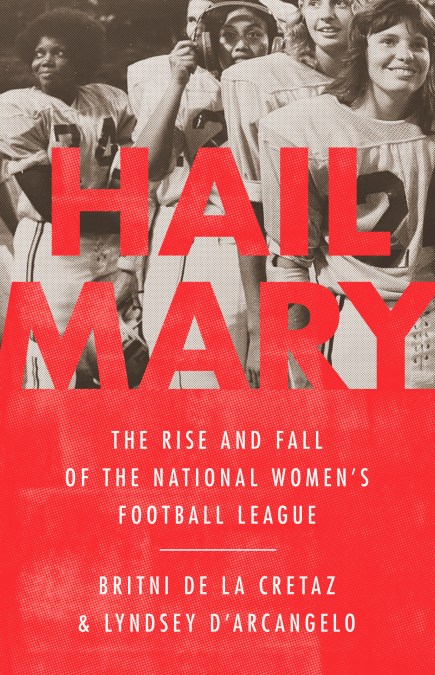 The groundbreaking story of the National Women’s Football League, and the players whose spirit, rivalries, and tenacity changed the legacy of women’s sports forever.

In 1967, a Cleveland promoter recruited a group of women to compete as a traveling football troupe. It was conceived as a gimmick—in the vein of the Harlem Globetrotters—but the women who signed up really wanted to play. And they were determined to win.

Hail Mary chronicles the highs and lows of the National Women’s Football League, which took root in nineteen cities across the US over the course of two decades. Drawing on new interviews with former players from the Detroit Demons, the Toledo Troopers, the LA Dandelions, and more, Hail Mary brings us into the stadiums where they broke records, the small-town lesbian bars where they were recruited, and the backrooms where the league was formed, championed, and eventually shuttered. In an era of vibrant second wave feminism and Title IX activism, the athletes of the National Women’s Football League were boisterous pioneers on and off the field: you’ll be rooting for them from start to finish. 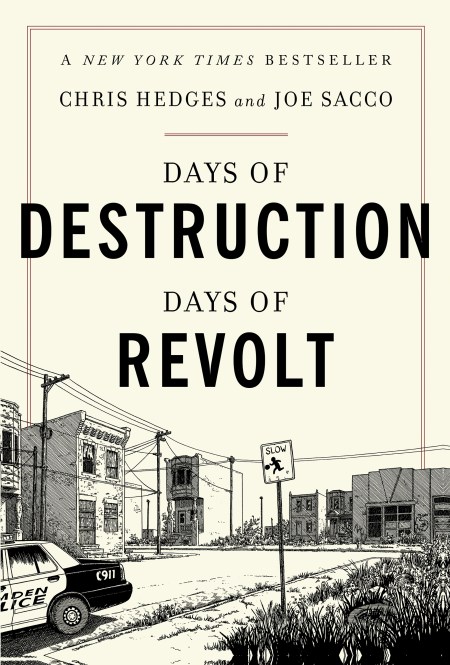 Days of Destruction, Days of Revolt

by Chris Hedges by Joe Sacco
Two years ago, Pulitzer Prize winner Chris Hedges and award-winning cartoonist and journalist Joe Sacco set out to take a look at the sacrifice zones, those areas in America that have been offered up for exploitation in the name of profit, progress, and technological advancement. They wanted to show in words and drawings what life looks like in places where the marketplace rules without constraints, where human beings and the natural world are used and then discarded to maximize profit. Days of Destruction, Days of Revolt is the searing account of their travels.

The book starts in the western plains, where Native Americans were sacrificed in the giddy race for land and empire. It moves to the old manufacturing centers and coal fields that fueled the industrial revolution, but now lie depleted and in decay. It follows the steady downward spiral of American labor into the nation’s produce fields and ends in Zuccotti Park where a new generation revolts against a corporate state that has handed to the young an economic, political, cultural and environmental catastrophe. 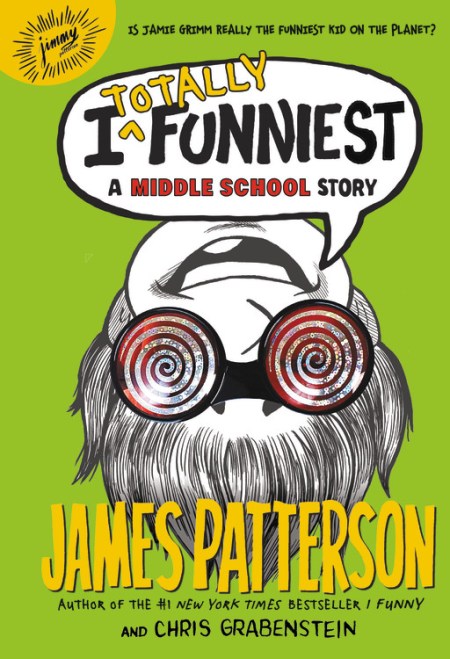 by James Patterson by Chris Grabenstein Illustrated by Laura Park
In the third episode of James Patterson's bestselling series, Jamie Grimm is one step closer to becoming the best kid comic in the world, but now he's facing his biggest challenge yet.
Jamie Grimm is back and better than ever. After scoring big on national TV in the semifinals contest, everyone back home is jumping on the Jamie Grimm bandwagon, and all the attention might be going to his head. Not only are his friendships starting to suffer, but the pressure of coming up with his best material ever for the ultimate standup act to snag the final win in Hollywood is pushing Jamie to the brink. Suddenly, life isn't looking very funny anymore. Can Jamie take the grand prize without pushing away his fans, friends and family? 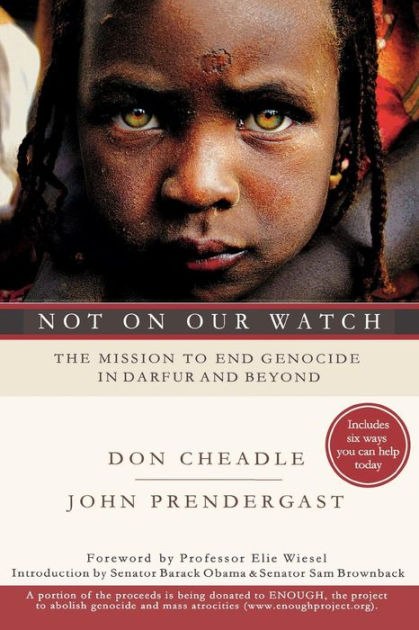 Not on Our Watch

by Don Cheadle by John Prendergast
An Academy Award-nominated actor and a renowned human rights activist team up to change the tragic course of history in the Sudan — with readers’ help. While Don Cheadle was filming Hotel Rwanda, a new crisis had already erupted in Darfur, in nearby Sudan. In September 2004, then-Secretary of State Colin Powell termed the atrocities being committed there “genocide” — and yet two years later things have only gotten worse. 3.5 million Sudanese are going hungry, 2.5 million have been displaced by violence, and 400,000 have died in Darfur to date. Both shocked and energized by this ongoing tragedy, Cheadle teamed up with leading activist John Prendergast to focus the world’s attention. Not on Our Watch, their empowering book, offers six strategies readers themselves can implement: Raise Awareness, Raise Funds, Write a Letter, Call for Divestment, Start an Organization, and Lobby the Government. Each of these small actions can make a huge difference in the fate of a nation, and a people–not only in Darfur, but in other crisis zones such as Somalia, Congo, and northern Uganda.
Next Page